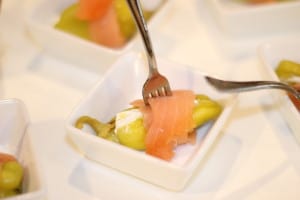 Holy amazing !!!! Your taste buds will score a touchdown !!! This is the perfect creation for game day !!! I live in GA so football is huge !!! We make it a gathering, party and even play cards in between sometimes. Yep and all the wife’s and girlfriend’s hogs the TV for the 1/2 time show !! Why not make it fun & create something amazing and eye catching ? Yes, beer and wings are AMAZING but have some good girl food the guys will love it to but won’t admit it !! 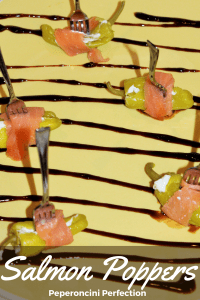 This is so easy and so good it’s almost to good to be true ! 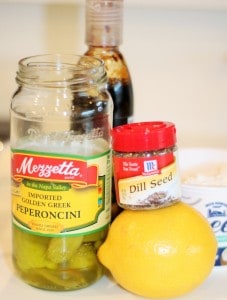 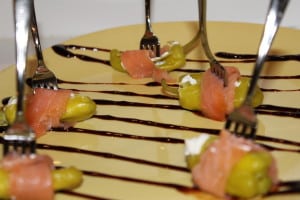 I added the lemon zest (outside of lemon the peel) to my mix it was perfect for a extra kick.

Use a tiny spoon so easy to get it in the pepper.

Wrap salmon all the way around with a bit extra then secure with toothpick etc… I used mini forks.

You can make this up to 3 hours in advance just out in fridge. 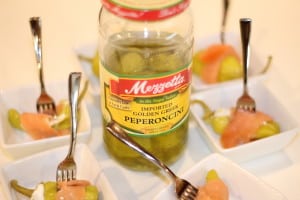 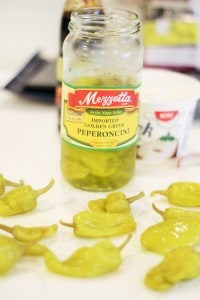 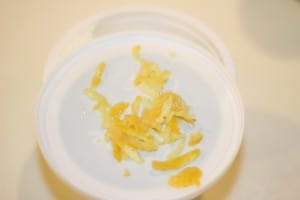 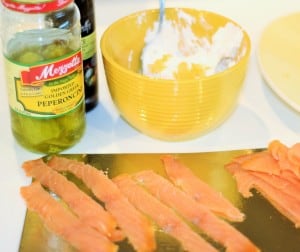 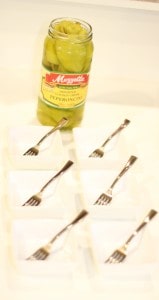 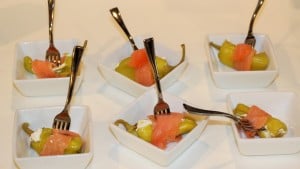 The success for this Homegating Recipe is the Mezzetta Pepper a family owned company that delieves the best peppers for our favirote creations.